These smoked wings are a treat and I’ll share with you all of the crazy grilling gadgets that I use to make them. I used my own  Ghost Chili BBQ Rub for these. You don’t have to have any of the gadgets except for a good grill to make these though. When these wings are done you can also refrigerate or freeze them for use later. I think they are even better the second time around. All you do to bring them back to perfection is just thaw and return to the grill to crisp up the skin and re-heat the meat. 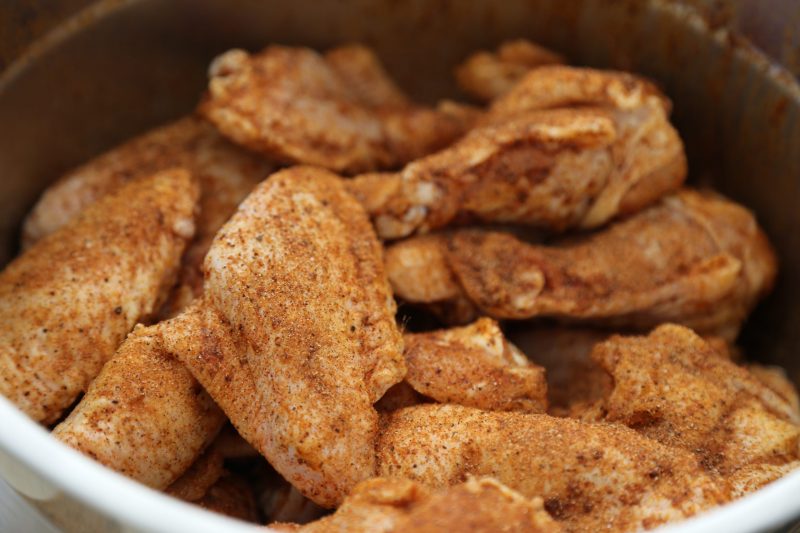 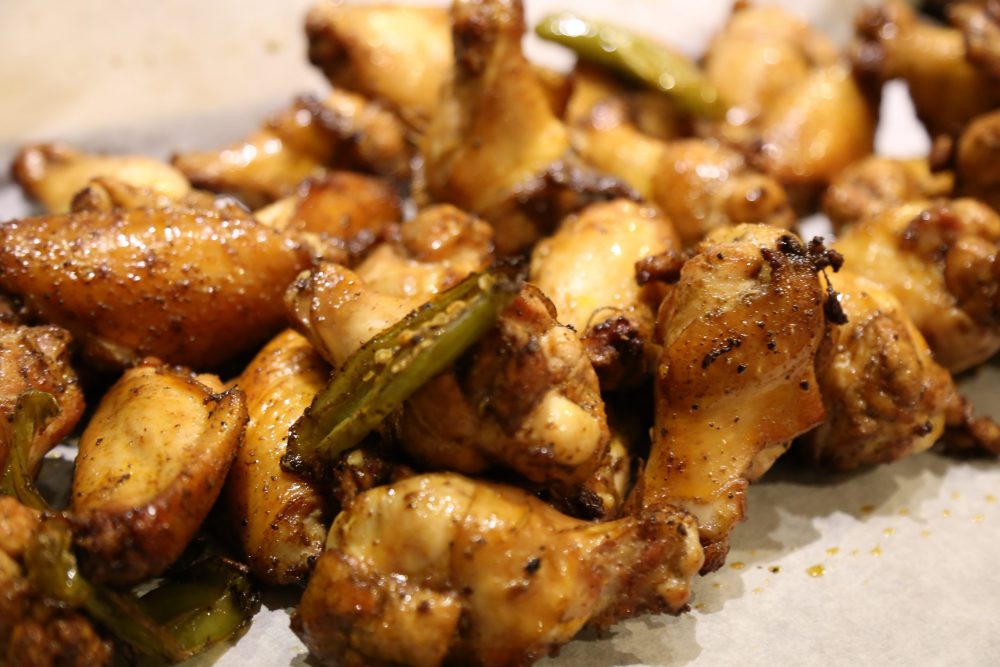 These wings come together quickly.

Separate the wings and drums with some chicken scissors or a sharp boning knife.

Toss in a few table spoons of veggie oil.

Toss liberally with the rub until everything is nice and coated.

I’m always a bit extra so I halved some Serrano chili peppers to bounce around in the basket with the chicken.

I set up my smoker with the following items.

Double Banked Fire. One good piece of pecan wood. Any good hardwood will do. Chicken soaks up smoke quickly. A jotisserie rotisserie and a nepolean basket to spin 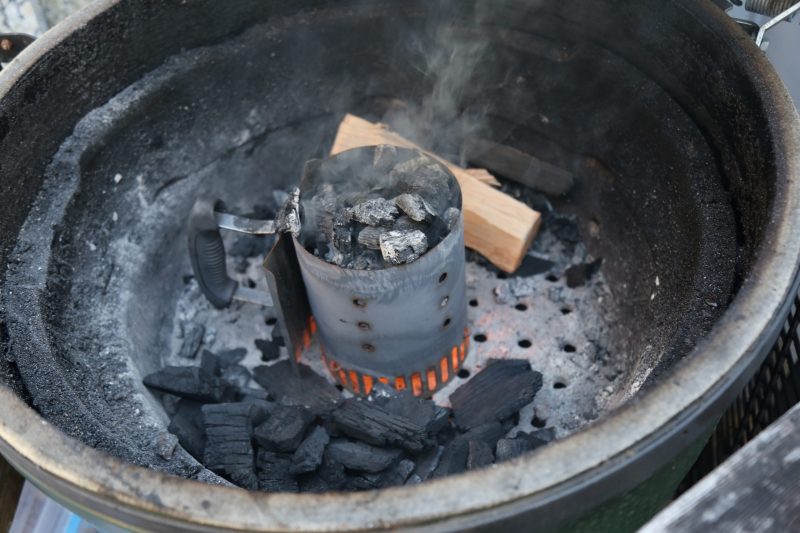 on the skewer and a piece of folded heavy duty foil down the middle to catch any chicken fat that falls to prevent grease fires inside the grill while I’m cooking.

After everything is all set up, smoke the wings at 300-350 degrees, the smoker air vents were almost wide open for me to get my desired temp. I let them tumble until they were 165 internal temp. It took around 35 minutes.

The last step is to either eat them or take the extra step to crisp them up even more. To crisp them up get some coals or a gas grill going and just watch them go over high heat until the skin looks crispy. Don’t burn em! And feel free to cram them all together. Crowding for wings is absolutely ok. 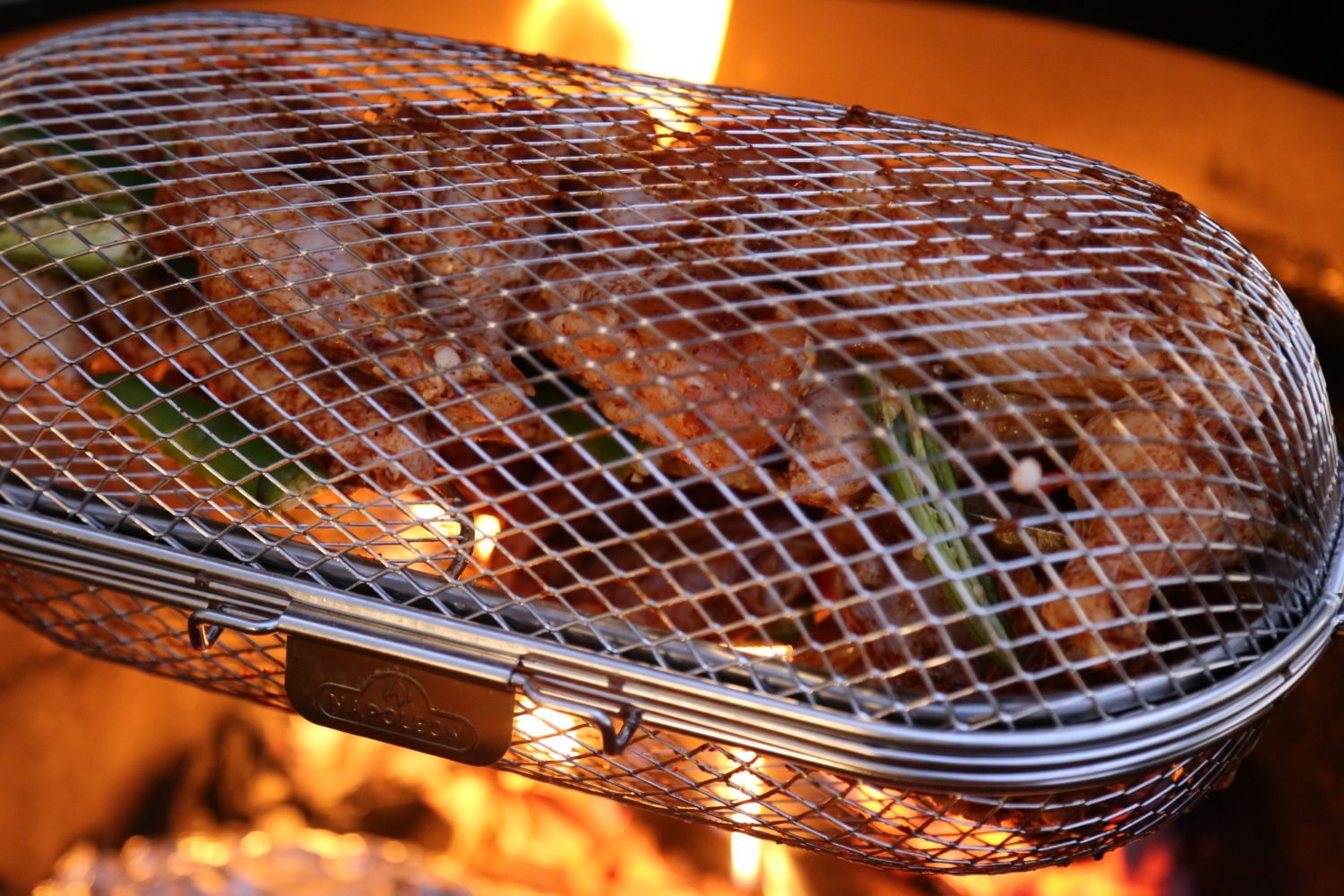